Would you like to switch to the accessible version of this site?

Don't need the accessible version of this site?

How Long Should You Be Sore After a Car Accident? 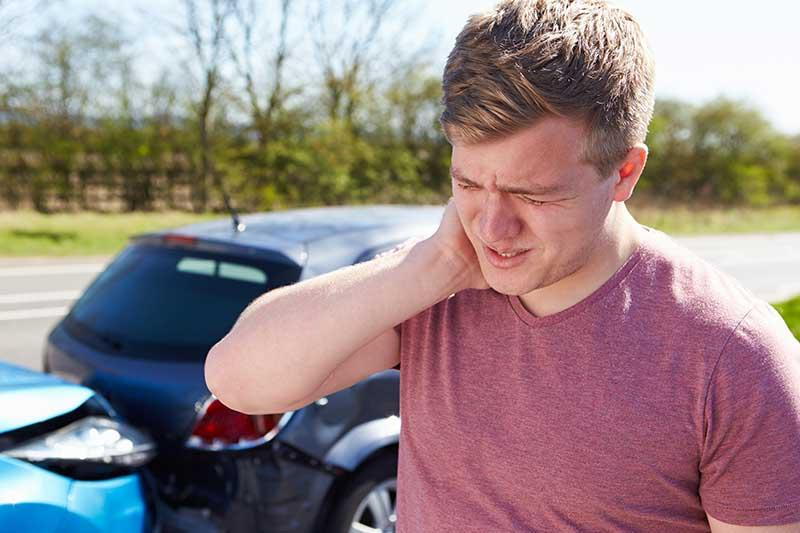 After a car accident it’s common for you to experience some pain. In fact, it’s common for people to suffer broken bones because of a car accident. However, if you were lucky enough to walk away with a few minor injuries you should know how long you can expect your pain to last. In addition, the rush of adrenaline produced during the car crash may mask some problems. Let’s examine some of the factors that may affect how long you will be feeling sore after a car accident.

One of the most important factors is how fast you were going at the time of the car crash. When both cars are traveling fast they collide with more force than they would have if they were slower. Generally, the total force of the impact can be determined by combining the speed of both vehicles. For example, if you were traveling at 50 miles an hour and the other car impacted you at 90 miles an hour the gravitational force would be around 140 miles an hour. In addition, you should consider the angle of impact, as this may decide what kind of injury you could have sustained. For example, if you were had a head-on collision, you might develop whiplash because of your head suddenly shaking back and forth. The best person to detect this is a car accident chiropractor.

Your activity during the crash

You should also consider what you were doing at the time of the crash because different parts of your body might have experienced different forces. For example, if you were changing the radio station, one arm might have had a more severe impact than the other. You should also think about whether you were wearing a seatbelt. Seatbelts help restrict how your body moves during impact. For example, they prevent you from crashing into the windshield. Wearing a seatbelt can prevent you from having very serious injuries which may take months to recover from. However, they can also contribute to minor injuries, like soft tissue damage. A third factor you should consider is your medical history prior to the crash. It’s possible that sudden impacts can cause old injuries to become agitated. For example, if you had back problems in the past, you could be more likely to damage your back.

Finally, the best predictor for how long you will be experiencing pain is the severity of your injuries. Obviously, the more severe your injury, the longer you can expect to feel pain. For example, if you suffer burns it might take a few months for the doctors to heal the injuries, though you could have minor pain in that area for the rest of your life. Thankfully, for most people it takes around six weeks for you to fully recover from a car crash.

Hopefully, you now have a better understanding of how long you should be feeling pain after a car crash. You should always consult with a doctor and a car accident chiropractor after a car accident, just to make sure that you haven’t suffered any injuries that might otherwise go unnoticed.

Find us on the map

Submit this form to receive our FREE newsletter with helpful chiropractic wellness tips.